“R.A.Hughes represents a return to the old-fashioned way of the insurance business, where the staff knew everyone by name and treated you like a person instead of a number. We do believe in treating everyone like family and friends, and in providing personal service to help you make informed insurance decisions.”

R.A. Hughes Insurance was established in 1929 by Ray Hughes, a former teacher. Initially, it was just a small operation run by Ray and his wife Nan. Later their two sons, Terry and Bill joined them in the office (in 1958 and in 1962 respectively). In 1971, Terry and Bill acquired joint ownership and ran the office for the next 21 years. Francis Cook purchased the agency in 1991. He later brought his son Darcy into the industry. Darcy worked in the office on a part time basis while attending University. After graduation he joined the business full time as a junior partner. Darcy is now the managing owner of R.A. Hughes Insurance. 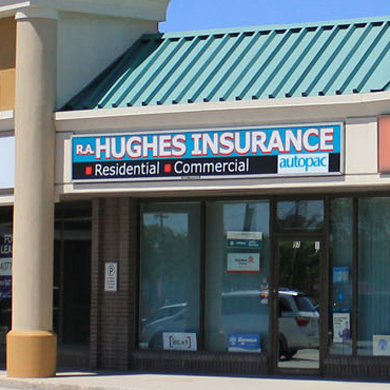